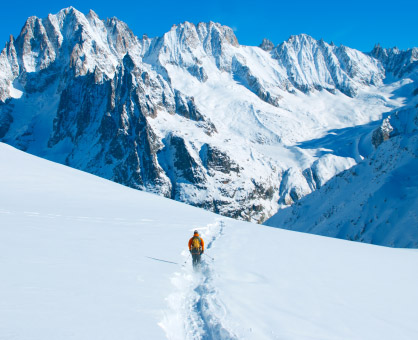 How to get ahead by learning to love the challenge


Most great achievements are accomplished by doing a lot of things that are neither fun nor easy to do. Get to the summit of Mt. Everest and you’ll be the person that everyone looks up to, and you will have family stories that will be passed down through the generations. But to get to the peak of Everest takes years of planning, learning, training, preparation and months of practice. It also takes fierce determination on the mountain itself, facing potential perils like being exposed to temperatures that can reach -45°, wind gusts that can blow from 35 to 100 mph, blinding blizzards, hypoxia from oxygen levels one-third of what is at sea-level, not to mention that climbers have to acclimatize by going up and down to basecamps several times, traverse ice boulders that can crack and fall at any time, duck avalanches and avoid hidden crevices, and do a final summit attempt in the dark starting around midnight, all while being self-accountable to your other team members.

So why do people do it? Well, the truth is most don’t, because the undertaking itself would be overall an undoubtedly unpleasant experience, and because it also takes a Herculean effort that would necessarily need to first change the ordinary person into an extraordinary one before it can even be possible to achieve such a grand goal. Those that do give it a go do it not because they love the undertaking itself, but because they love the personal and social challenges that an Everest summit poses, and are driven to overcome the numerous physical obstacles and mental barriers along the way.

Because it is in the challenge itself that changes the person within.

For the rest of us that don’t have Everest aspirations, we should still learn, understand and align ourselves with the mindsets and practices of the great achievers so we can also learn to love the challenge and to change the person within, even if our goals and daily decisions are not nearly as momentous.

How living with “Present-Bias” can slow your personal growth
Unfortunately, most people primarily choose to do activities that they like or are relatively easy to do because those activities provide them with immediate pleasure or satisfaction, even if the reward is meager or fleeting. Conversely, these same people fall short of performance expectations and are less motivated to engage in unpleasurable activities even though they would derive more substantial personal benefits at some point in the future. That’s because the further a larger reward extends into the future, the more likely that the perceived value of that reward diminishes. This is a concept called present-bias, where the impatience of overvalued short-term rewards win out over a more significant benefit down the road. For instance, a person may yearn to play in golf leagues now because it is fun and satisfying, but dislike the practice or training necessary to become a much better player in the future. Present-bias is also why the goody displays and tabloid publications are located in every retail checkout line or are loaded up in convenience stores and gas stations, because they both make for great impulse buys. Thus, living predominately in the present impedes the potential for personal growth and achievement down the road.

Say to yourself, “I’m not going like this,” and you won’t like it –
Compounding the problem of present-bias is the concept of a self-fulfilling prophecy – which is a perception of something that manifests itself so strongly in your mind that it becomes an absolute truth to you. “I hate to work out,” you say to yourself, so guess what? You will hate to work out, even if the activity of exercise isn’t truly a bad experience. “I can’t do this; it’s too hard!” You may have self-doubts that can also lead to a self-fulfilling prophecy, making you second-guess your actions. Therefore, even though exercise is good for your future health, your present bias may kick in and weigh the immediate reward against the current effort needed to exercise effectively, and conclude it is not worth doing. Unfortunately, these are quite common mindset traps when trying to maintain an exercise routine, and eventually leads to inconsistent workouts, or even giving up altogether.

Here are three ways to get ahead when confronted with unpleasant or difficult situations
1. Think beyond the present – Be mindful of the potential pitfalls of present-bias, and don’t live an impulse lifestyle. It’s okay to succumb on occasion, but it should be the exception and not the norm. Learn to set goals around more lofty life “mission statements,” and dedicate your time and resources to realizing the future possibilities.

2. Learn to love the challenge – Take the word “hard” out of your vocabulary and replace it with the word “challenging.” We are conditioned to use the word “hard” as an escape to justify a reason not to do something. But your reason may simply be an excuse that will set you up for failure. On the other hand, the word “challenging” stirs the competitive nature in us, and completely changes the perspective of the activity, giving you the opportunity to overcome and succeed. Also remember, if it doesn’t challenge you, it won’t change you!

The BIG secret to converting all of those activities that you either don’t like to do, don’t want to do or are forced to do, is to turn them into the most powerful of all pull motivators…The CHALLENGE!

So, even though you are not likely to go tackle Mount Everest in the near future, you should always have the need to become or remain healthy, and should also have larger personal or career aspirations as well. So don’t let potential future rewards fade away and keep you from dreaming big. Be strong and resolute about achieving your own great feats, even if you must endure some unpleasant things along the way by learning to LOVE THE CHALLENGE!

Article by Greg Mackey, Director of the 3LIFE Wellness program and co-owner of Pure Core Health and Fitness in Mishawaka.